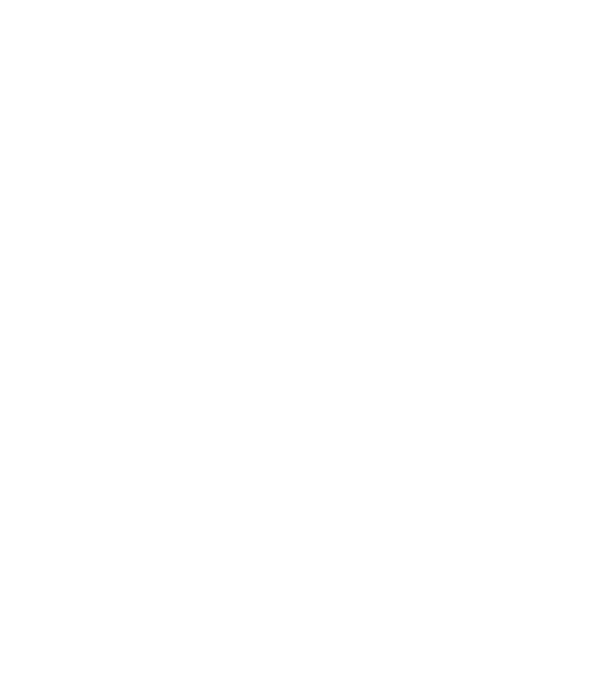 Thirteenth Sunday after Pentecost, Tone 4; Our Holy Fathers and Patriarchs of Constantinople Alexander (336), John (577), and Paul the Younger (784)

“Blessed is the man…” is sung.

We never cease to adore Your life-giving Cross, O Christ our God,* And we glorify Your resurrection on the third day.* For You, Almighty One, have thereby restored the corrupted nature of all* and reopened the way to heaven,* since You alone are gracious and You love mankind.

O Saviour, You have absolved the penalty of disobedience,* committed through the tree of Eden,* by willingly being nailed to the tree of the Cross.* As Almighty God, You descended into Hades* and broke asunder the bonds of death.* We, therefore, venerate Your resurrection from the dead,* and joyfully cry out to You:* Almighty Lord, glory to You!

O Lord, You have battered down the gates of Hades,* and by Your death You have dissolved the realm of death.* You have freed mankind from corruption,* bestowing life, incorruption, and Your great mercy upon the world.

Come, all you people,* let us sing the praises of our Saviour’s resurrection on the third day.* For we have, thereby, been delivered from the invincible bonds of Hades,* and we have received incorruption, together with eternal life.* Therefore, we cry out to You* after Your crucifixion, burial, and resurrection:* Save us by Your resurrection, for You love mankind.

You are the divine mediator between the old and new testaments,* the prophet and forerunner,* an angel in the flesh, the denouncer of lawlessness,* offspring of the womb of a barren woman,* a mouth breathing fire:* You upbraided Herod who committed iniquity.* Unable to endure your denunciation,* he commanded that your head be cut off!* It was brought in on a platter;* but like food of abstinence and divine delight,* it continued to denounce the adulterer!

Incited by her evil mother,* the depraved daughter asked for your all-glorious head,* the head that is cherished by the angels!* For she was unable to endure your denunciation.* Therefore, bearing it on a platter and dancing as she carried it,* she turned the joy of those at the banquet into lamentation.* Yet you continued to denounce the evil of adultery, blessed one.* Entreat Christ that our souls may be saved!

Made foolish by drunkenness,* Herod was carried away by adultery and voices carolling in song!* In fulfilment of his unrighteous oath,* he caused your murder, righteous and glorious prophet.* But your death openly announced immortality to those who had died before,* for you became a preacher and herald for those in hell,* proclaiming the saving coming of Christ our God!* Entreat Him that He may save and enlighten our souls!

Most blessed Alexander,* you were a shepherd of the Church;* a champion of orthodoxy wisely casting down the Arian heresy!* You prayed with supplications, all-wise and glorious one,* that his wickedness be cast out of the Church!* Therefore, together we honour you!

Honourable John,* you disdained the corruption of the flesh,* and in your abstinence and faith, vigilance and confession,* you were found to be an earthly angel and heavenly man!* Entreat Christ that He may grant our souls great mercy!

You truly submitted to the divine teachings of your namesake!* You hastened to the heights of the virtues,* as to the third heaven, glorious one!* You heard the ineffable and divine words of the Spirit!* As an unshakable foundation of the Orthodox,* by your prayers may the Saviour be merciful to us!

Again Herodius raves with raging lust.* Dance of deceit; feast of murder!* The Baptist is beheaded, and Herod forfeits all peace,* but through the prayers of the forerunner grant us your peace, O Lord!

O Mother of God, because of You* David the Prophet became an ancestor of God;* he foretold and sang a joyous hymn of praise* and cried out to Him who worked wonders in you:* “The Queen stood at your right hand.”* God revealed you as a life-giving mother,* when He chose to be incarnate of you without a father.* He renewed in man His image* which the passions had corrupted.* He found the lost sheep in the mountains,* carried it on His shoulders,* offered it to the Father,* generously numbered it among the powers of heaven,* and saved the whole world, since He is Christ of great and rich mercy.

In being lifted upon the Cross, O Lord,* You abolished the curse which we had inherited from our fathers.* By going down into Hades,* You freed from eternal captivity those imprisoned there,* and granted incorruption to mankind.* We, therefore, praise Your life-giving and redeeming resurrection.

By hanging on the Cross, O Almighty One,* You shook the whole creation to its foundations.* When You Yourself were laid in the grave,* You raised to life those who had been lying in the graves,* and You granted life and incorruption to mankind.* We, therefore, praise and glorify Your resurrection on the third day.

O Christ, the lawless people showed their ingratitude to You, their Benefactor,* by delivering You to Pilate who condemned you to be crucified.* But You willingly suffered death and burial;* and, as God, You rose by Your own power on the third day,* granting us everlasting life and great mercy.

The women, shedding bitter tears, came to see You in Your tomb;* and not finding Your body, they lamented, saying:* O Saviour and King of All, how were You stolen?* What place holds Your life-bearing body?* An angel answered them, saying:* Do not weep, but go and proclaim that the Lord is risen,* filling our hearts with joy;* for He alone is most compassionate.

Herod celebrated an unfitting birthday* and an utterly shameless feast,* for captivated by lust for a woman* and excited by a woman’s wantonness,* he had the head of the forerunner cut off!* But he did not cut out the tongue of the prophet* who denounced his foolishness!* Shedding innocent blood, he wished to conceal his iniquitous sin,* but he could not stop the voice which calls all to repentance!* And though he made merry in the midst of murder,* we lovingly celebrate the blessed slaying of John the Baptist,* for he preceded the Life into hell,* proclaiming Christ our God, the Orient from on high,* the only greatly merciful One,* to those who sat in darkness and the shadow of death!

O most pure Virgin, hear the petitions of your servants.* Remove the burdens which oppress us,* and deliver us from our sorrows;* for you are the only firm and constant support on whom we rely.* O Mother of God, never permit us who call upon you* to be overwhelmed by our cares.* Hasten to fulfil the supplications of all who, in faith, cry out to you:* Rejoice, O Lady, helper of all mankind,* the joy, the refuge, and the salvation of our souls.

When the disciples of the Lord learned from the angel* the glorious news of the resurrection* and cast off the ancestral condemnation,* they proudly told the apostles:* “Death has been plundered!* Christ our God is risen,* granting to the world great mercy.”

The remembrance of the just is worthy of praise,* but the Lord’s testimony is sufficient for you, O Forerunner;* for it has shown that you are indeed more worthy of honour than the prophets.* You were found worthy to baptize the Lord whom you foretold.* Thereafter, you suffered for the truth* and, rejoicing, also announced the good news to those in the Abyss* that God had appeared as man,* taking away the sins of the world,* and granting to all of us the abundance of mercy.

O Mother of God, the mysteries which surround you are exceedingly glorious,* and beyond the power of understanding.* For you retained the seal of purity,* and your virginity remained inviolate;* yet you are acknowledged, without doubt,* to be the Mother who gave birth to the true God.* We beg you, therefore, to entreat Him to save our souls.

Troparion, Tone 4: When the disciples of the Lord learned from the angel* the glorious news of the resurrection* and cast off the ancestral condemnation,* they proudly told the apostles:* “Death has been plundered!* Christ our God is risen,* granting to the world great mercy.”

Kontakion, Tone 4: My Saviour and Deliverer from the grave* as God raised out of bondage the children of the earth* and shattered the gates of Hades;* and as Master, He rose on the third day.

Theotokion, Tone 4: By your birth, O immaculate one,* Joachim and Anna were freed from the reproach of childlessness,* and Adam and Eve* from the corruption of death.* And your people, redeemed from the guilt of their sins,* celebrate as they cry out to you:* “The barren one gives birth to the Mother of God* and nourisher of our life.”

How great are Your works, O Lord* You have made all things in wisdom.

Epistle: 1 Corinthians 16:13-24 (NRSV)
Brothers ans Sisters, keep alert, stand firm in your faith, be courageous, be strong. Let all that you do be done in love. Now, brothers and sisters, you know that members of the household of Stephanas were the first converts in Achaia, and they have devoted themselves to the service of the saints; I urge you to put yourselves at the service of such people, and of everyone who works and toils with them. I rejoice at the coming of Stephanas and Fortunatus and Achaicus, because they have made up for your absence; for they refreshed my spirit as well as yours. So give recognition to such persons. The churches of Asia send greetings. Aquila and Prisca, together with the church in their house, greet you warmly in the Lord. All the brothers and sisters send greetings. Greet one another with a holy kiss. I, Paul, write this greeting with my own hand. Let anyone be accursed who has no love for the Lord. Our Lord, come! The grace of the Lord Jesus be with you. My love be with all of you in Christ Jesus.

Alleluia, Tone 4
verse: Poise yourself and advance in triumph and reign in the cause of truth, and meekness, and justice.
verse: You have loved justice and hated iniquity. (Psalm 44:5,8)

Gospel: Matthew 21:33-42 (NRSV)
The Lord told this parable: There was a landowner who planted a vineyard, put a fence around it, dug a wine press in it, and built a watchtower. Then he leased it to tenants and went to another country. When the harvest time had come, he sent his slaves to the tenants to collect his produce. But the tenants seized his slaves and beat one, killed another, and stoned another. Again he sent other slaves, more than the first; and they treated them in the same way. Finally he sent his son to them, saying, ‘They will respect my son.’ But when the tenants saw the son, they said to themselves, ‘This is the heir; come, let us kill him and get his inheritance.’ So they seized him, threw him out of the vineyard, and killed him. Now when the owner of the vineyard comes, what will he do to those tenants?” They said to him, “He will put those wretches to a miserable death, and lease the vineyard to other tenants who will give him the produce at the harvest time.” Jesus said to them, “Have you never read in the scriptures: ‘The stone that the builders rejected has become the cornerstone; this was the Lord’s doing, and it is amazing in our eyes’?

Communion Hymn
Praise the Lord from the heavens;* praise Him in the highest.* Alleluia, alleluia,* alleluia. (Psalm 148:1)