It is very poignant that Pope Francis wished to devote considerable attention to the theme of the homily in his Apostolic Exhortation Evangelii gaudium. Both positive and negative aspects of the state of preaching had already been expressed by Bishops gathered in Synod, and guidance for homilists was offered in the Post-Synodal Apostolic Exhortations Verbum Domini and Sacramentum caritatis of Pope Benedict XVI. 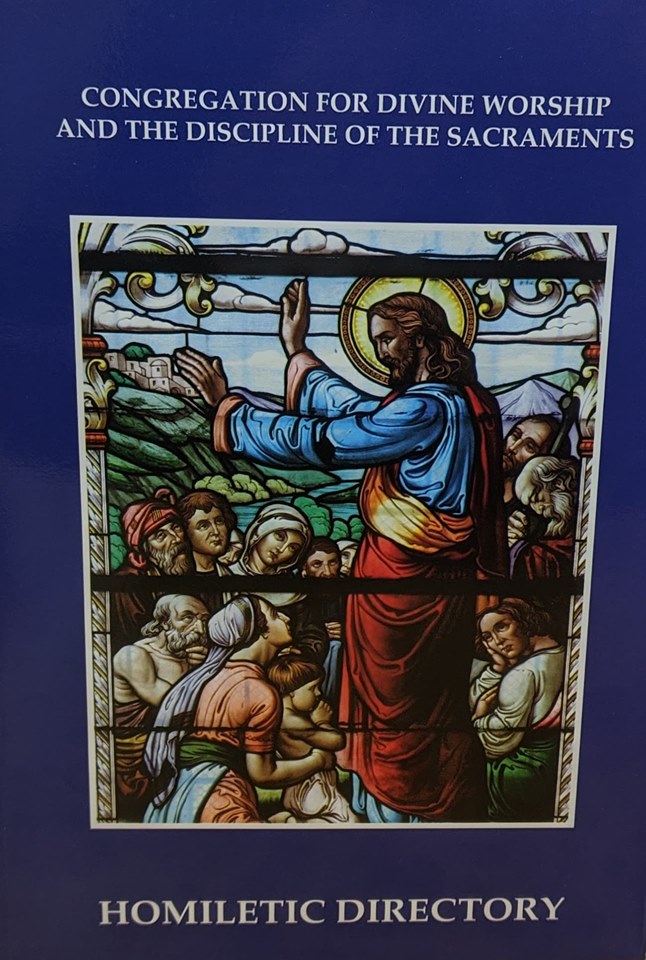 1. This Homiletic Directory has been produced as the result of the request made by participants in the Synod of Bishops held in 2008 on the Word of God. In response to this request, Pope Benedict XVI directed the competent authorities to prepare a Directory on the homily (cf. VD 60). He had already made his own the concern of the Fathers of an earlier Synod that greater attention be given to the preparation of homilies (cf. Sacramentum caritatis 46). His successor, Pope Francis, also considers preaching to be one of the priorities in the life of the Church, as is evident in his first Apostolic Exhortation, Evangelii gaudium.

In describing the homily, the Fathers of the Second Vatican Council emphasized the unique nature of preaching in the context of the sacred liturgy: “The sermon … should draw its content mainly from scriptural and liturgical sources, and its character should be that of a proclamation of God’s wonderful works in the history of salvation, the mystery of Christ, ever made present and active within us, especially in the celebration of the liturgy” (SC 35, 2). For many centuries the sermon was often a moral or doctrinal instruction delivered at Mass on Sundays and holy days, but it was not necessarily integrated into the celebration itself. Just as the Catholic liturgical movement that began in the late nineteenth century sought to re-integrate personal piety and liturgical spirituality among the faithful, so there were efforts to deepen the integral bond between the Scriptures and worship. These efforts, encouraged by the Popes throughout the first half of the twentieth century, bore fruit in the vision of the Church’s liturgy bequeathed to us by the Second Vatican Council. The nature and purpose of the homily is to be understood from this perspective.

This book is also available for a hardcover purchase at St. Macrina’s Store at the Edmonton Eparchy.