1. Learn about it!
Access the Bozhi Dity (God’s Little Children) lesson on the Edmonton Eparchy Website. You will learn about the Feast of the Protection of the Holy Mother of God and have fun making a lovely 3D icon: https://eeparchy.com/children/
2. Build a blanket fort in your living room using furniture, cushions, blankets, and sheets. Crawl into your fort and read the story of the miraculous appearance of Mary; the Theotokos (see below). Talk about how you feel in your fort – safe, protected by the blankets all around you. Discuss how our mother – the Mother of God made the people in the church feel the same way as she held out her veil. She is our protectress and we can feel safe knowing that she is always protecting us and praying for us. We know that she and all the angels and saints are “covering us with a blanket of prayer” each and every day! 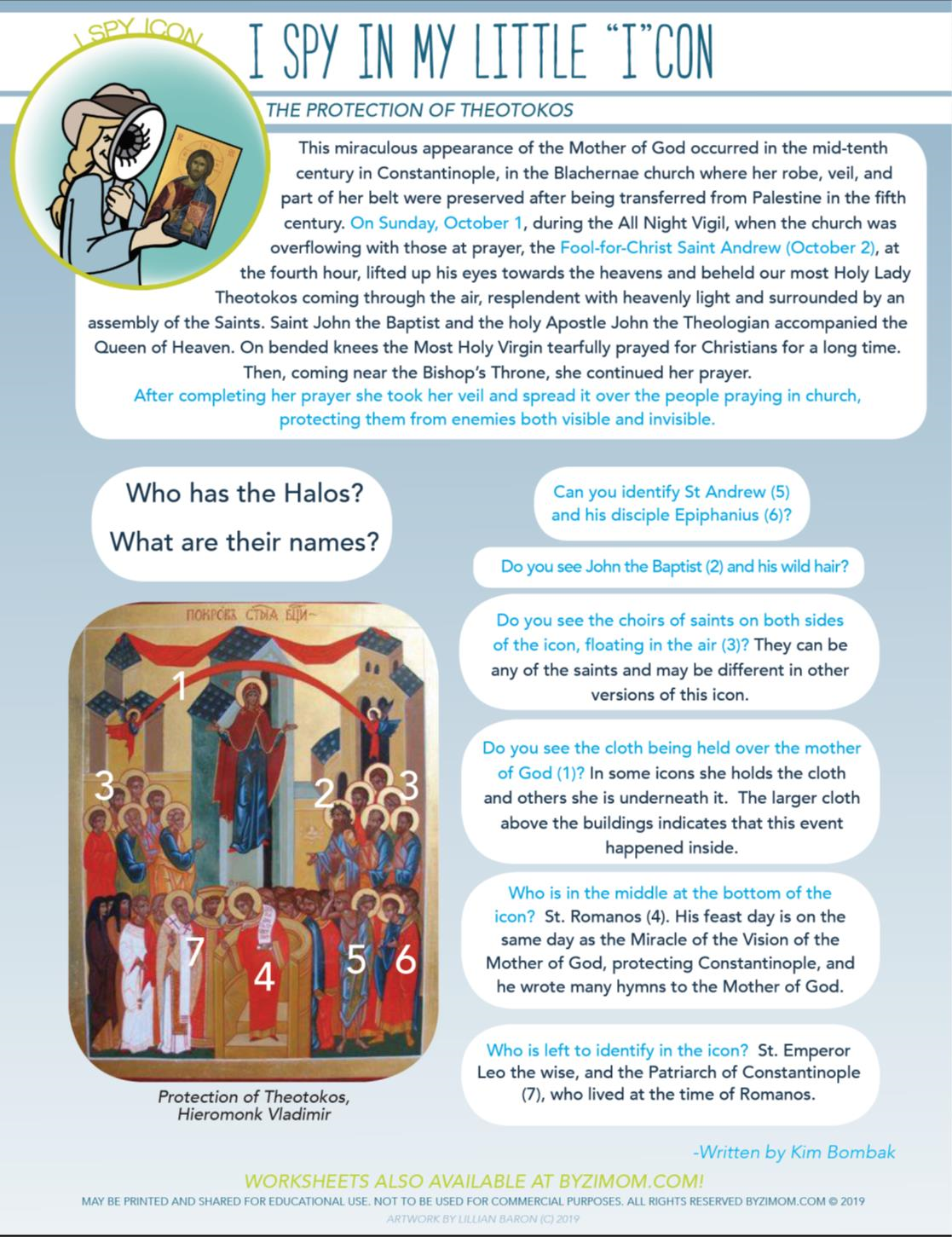 3. Play I spy in my little icon. See the I Spy Page above from Byzimom.com. You could do this together inside your fort! Playing a game like this is a nice way to explore icons. It is good to encourage children to really look at what they see in icons. Icons can educate, help us to pray and deepen our understanding of the faith that God calls us to, if we spend time with them.
4. Pray together: As you prepare to pray together at the end of the day encourage your children to close their eyes and feel the warmth of the Theotokos’ veil protecting them; feel the prayers that surround them.