His Grace Bishop Ilarion and Bishop David invite the clergy, religious, monastics and laity to join us in prayer for the innocent victims of war in Ukraine through the offering of a Panachyda on Saturday, March 26, at 5:00 pm at Saint Basil Parish, Edmonton. Special Guest and Speaker Oleksandr Danyleiko, Consul General of Ukraine in Edmonton.

The Ukrainian Catholic (UCC) and Ukrainian Orthodox (UOCC) Bishops of Canada met by zoom conferencing on Thursday, 10 March 2022, to discuss the ongoing tragedy of the War in Ukraine. Initiating and ending their meeting with prayer, the Bishops discussed their insights on the war situation in Ukraine, the plight of those fleeing the war in various countries, and how the faithful in Canada are responding to this human and political tragedy. The Ukrainian Bishops of Canada expressed gratitude to the various agencies that are assisting in providing humanitarian aid to Ukraine, and thank their faithful for their willingness to help in whatever way they can. The Bishops concluded by considering plans to unite the faithful of both Orthodox and Catholic Churches in prayer and action for Ukraine.

+ Ilarion (Rudnyk), Bishop of Edmonton and the Western Eparchy,

Locum Tenens of the Metropolitan Cathedral of the UOCC

+ Andriy (Peshko), Bishop of Toronto and the Eastern Eparchy of the UOCC 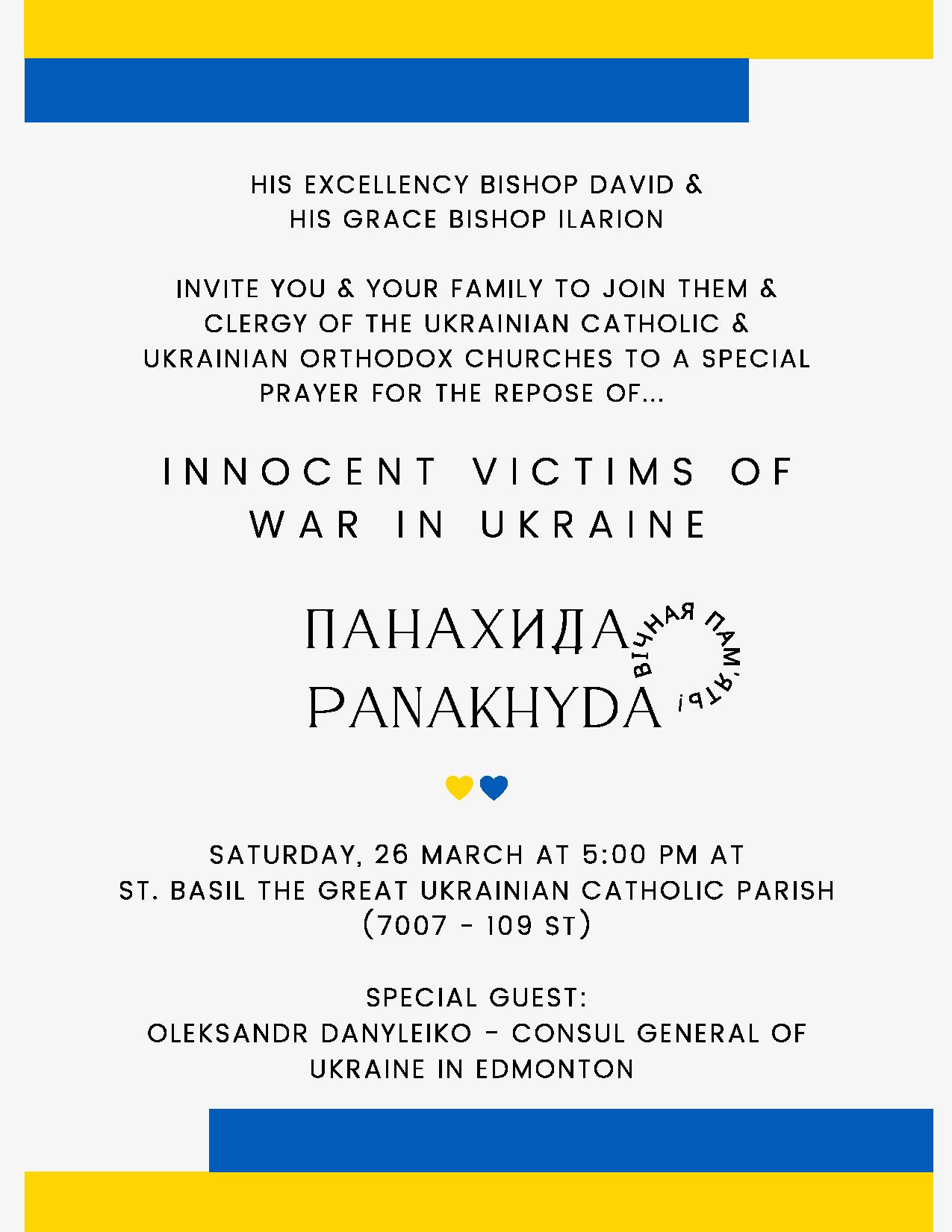