The Congregation of Sisters Servants of Mary Immaculate was founded on the Feast of the Dormition of the Mother God, August 27, 1882, in the village of Zhuzhyl , Western Ukraine, where Father Cyril Seletsky was Pastor. The Co-foundress and first member of the Community, Michaelina Hordashevska – Sister Josaphata, was initiated into religious life at the Novitiate of the Felician Sisters in Lviv , Ukraine.

Just ten years later after its founding, responding to the request of Metropolitan Andrew Sheptytsky, who feared for the spiritual safety of his people overseas, Sister Josaphata, co-foundress, missioned four Sisters to Canada. One of the original members of the Community, Sister Athanasia Melnyk, came to Canada in 1905 as a missionary.

Sisters Ambrosia Lenkewich, Taida Wrublewsky, Isidore Shypowsky and Emilia Klapowchuk arrived in Edmonton with the Basilian Fathers on November 1, 1902. The following day the missionaries from Ukraine were welcomed joyfully by their people. The youth greeted them with recitations and songs of their own compositions, expressing their love and hope for the future. Seven months later, in May of 1903, the first and youngest missionary, Sister Taida dies. The three Sisters were transferred to the Basilian homestead at Beaver Lake (later named Mundare). When they arrived at Beaver Lake on July 11, their home was still under construction. The settlers were overjoyed that “Their sisters” would be living in their midst and pioneering with them. They brought the Sisters food and other necessities.

The Sisters entered into the homestead experience wholeheartedly. They plastered their home and other buildings on the homestead. They cleared the brush for a garden and helped with farm chores. They prepared meals for the volunteers who helped with the construction and farm work. On Sunday and holy days the Sisters taught the children catechism and singing after the Divine Liturgy. When the priest was away at another colony, they conducted prayer services for the settlers. Just over a month after their arrival to the homestead, on August 14, the Sisters welcomed their first Canadian candidate, Maria Letawsky from Lamont.

By 1920 the Sisters had founded two missions in Alberta: Mundare and Edmonton. Aware of the pioneers’ desire to educate their children, the Sisters opened schools at each of their missions. The Sisters taught religion and the Ukrainian language after school hours and during the weekend. During the summer holidays, they taught hundreds of children catechism in rural areas.

Their students took an active part in the life of the parish. They sang the liturgical celebrations. They joined church organizations such as Sodality, Children of Mary or Altar Boys societies. The Sisters prepared as many as five concerts annually, sewing the costumes and painting the backdrops. The entire parish looked forward to the program of recitations, songs, drills, and dramas.

At each mission the Sisters cared for the orphans, bearing the entire cost of raising and educating them. They also provided room and board to children from rural areas, enabling them to get a better education. The Sisters traveled many miles to care for the sick, using homemade remedies, and the sick often came to the convents for healing. During the influenza epidemic of 1918, their boarding school at Mundare was converted temporarily to a hospital. In 1928 they built their first hospital in Mundare.

The Sisters cared for the churches, cleaning and decorating them and providing them with linens, altar bread, and all other liturgical needs. They made flowers that were used to decorate the sanctuaries for festive occasions. They were also serving as cantors and organized choirs and directed church organizations for adults such as the Apostleship of Prayer. Whenever possible they distributed religious literature.

Besides these works and the frequent soliciting of donations to maintain their institutions, the Sisters did their own domestic work such as planting large gardens and doing farm chores in their rural missions. They provided domestic services at the Basilian novitiate/scholasticate at Mundare.

The pioneer Sisters left a precious legacy to the Congregation, their Church and people: the example of dedication, self-sacrifice and deep faith in God. They were faithful to the founding spirit of the Congregation, serving where the need was the greatest and passed this spirit on to the succeeding generations of members. Their main concern was that their people would not perish in Canada. They did everything that was possible to preserve and enrich their religious and cultural heritage.

Today the Sisters continue to respond to the most urgent needs of their people, adapting to changing needs and circumstances. They conduct the Eparchial Religious Education Center in Edmonton . They care for the sick in hospitals, do pastoral ministry, conduct retreats, Bible Studies, Baptism preparations, missions for adults, organize youth programs, and write programs. 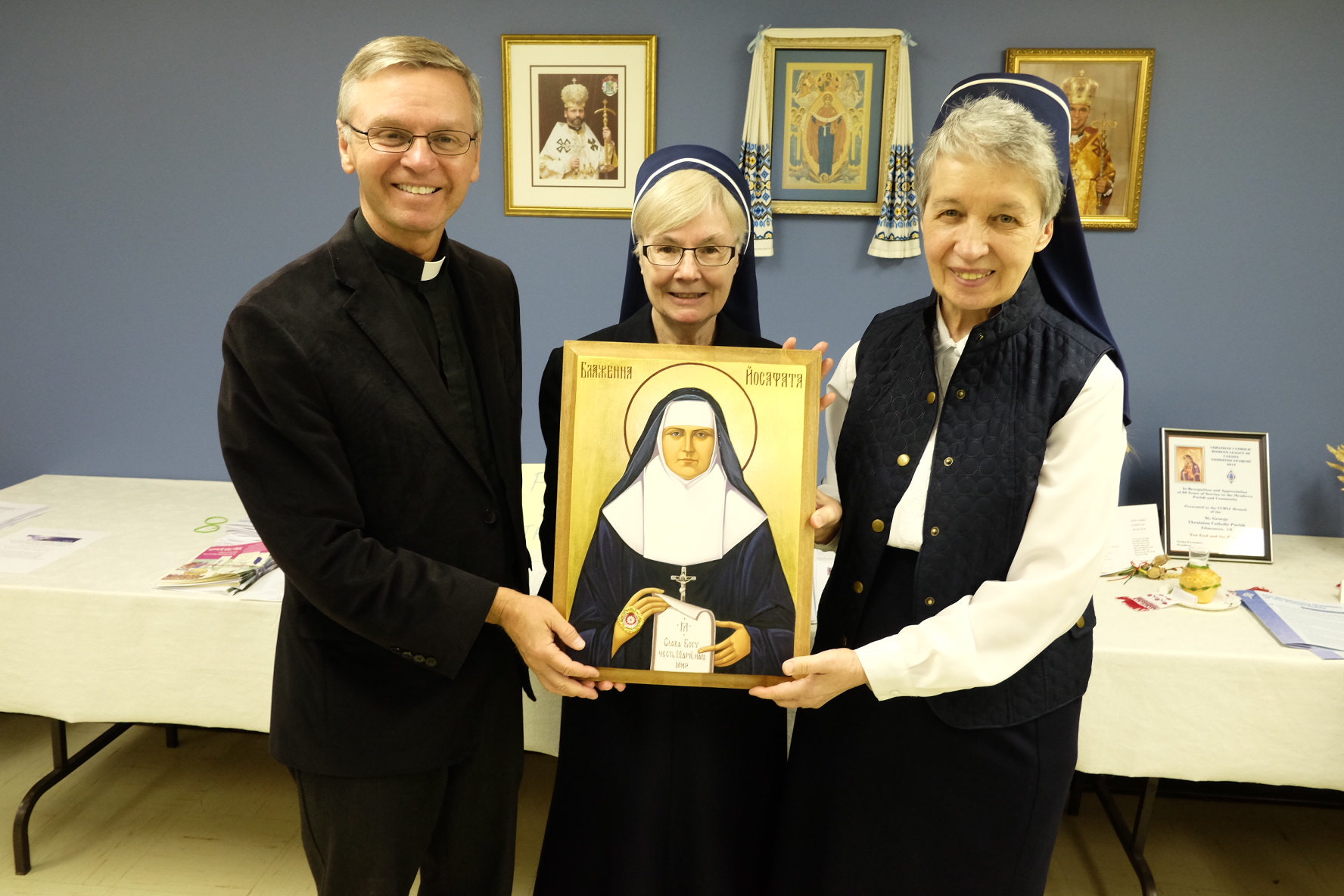