Join Fr. Bo having a conversation with Fr. Kris, a Roman Catholic Priest for the Archdiocese of Edmonton! In this episode we discuss: 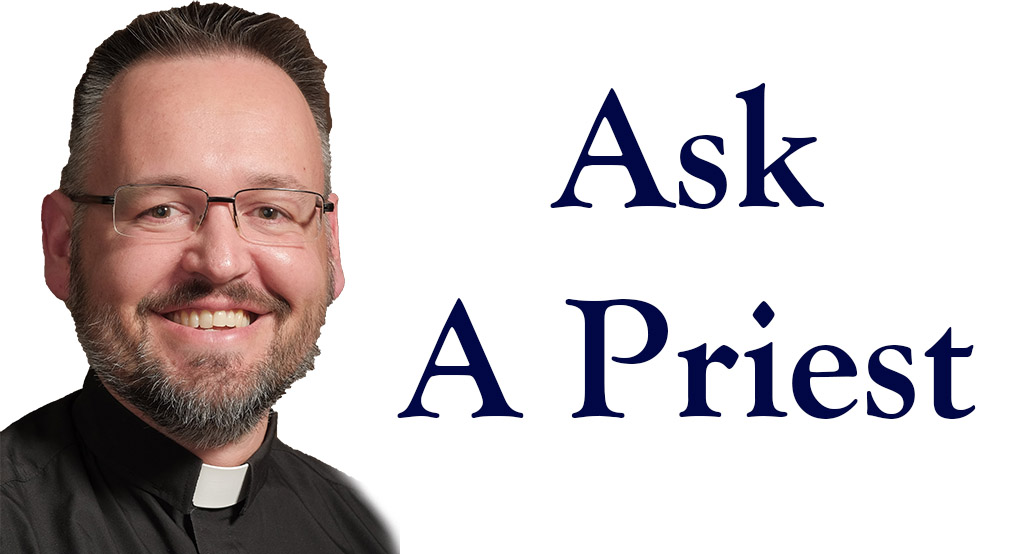 Read Father Jim’s Response to the question posted on our “Ask A Priest” page too!

Thanks for your question. It is a great one, and one that many people ponder, especially when they are visiting a Ukrainian Catholic church for the first time. There are several layers that you should know in order to fully understand the difference and similarities between these churches: 1) The Catholic Church and the Orthodox Church; and 2) The Roman Catholic and the Ukrainian Catholic Church. Since there are many scholars on these subjects (who are much wiser than me) I refer to them.

The Roman Catholic Church and The Catholic Communion

The early church spoke of its fellowship of believers as “catholic,” a word which means “universal.” Today, the whole Christian church still affirms “one holy, catholic, and apostolic church” in the Nicene Creed. However, the term Catholic with a capital “C” also applies in common parlance to the Churches within the Catholic Communion, centered in Rome. The Church of Rome is one of the oldest Christian communities, tracing its history to the apostles Peter and Paul in the first century. As it developed, it emphasized the central authority and primacy of the bishop of Rome, who became known as the Pope. By the eleventh century, the Catholic Church broke with the Byzantine Church of the East over issues of both authority and doctrine. Particularly in response to this division, several attempts were made to restore union and to heal the wounds of division between the Churches.

During the early 15th century, many in the Roman Church regarded the impending Turkish invasion of the Byzantine Empire as a “work of Providence” to bind divided Christianity together. In response, the Council of Florence envisioned union on a grandiose scale not only with the Greek Byzantine churches, but also with the Copts, Ethiopians, Armenians and Nestorians. Despite the presence of nearly 700 Eastern representatives and 360 Latin representatives and the energetic debates that ensued, reunion was not achieved.

Though disappointed with the failure of the Council of Florence, the Roman Church began to pursue an attractive alternative inspired by the unexpected union with the Maronite Church in the twelfth century. This alternative consisted in the creation of Uniate churches – Eastern in ritual and law but Roman in religious allegiance.  Though the term “uniate” has some derogatory connotations, the reconciliation that this term signifies is an important historical development. (https://rlp.hds.harvard.edu/religions/christianity/roman-catholic-church-and-catholic-communion)

The Eastern family of churches, today called the Oriental Orthodox and Eastern Orthodox churches, go back to the very earliest days of Christianity. During the first four centuries of the Common Era, Christianity had spread not only into the Roman and Byzantine Empires, but also into the present-day Middle East, North Africa, and India. They were united through a pentarchy that revered patriarchal sees in Antioch, Alexandria, Constantinople, Jerusalem and Rome. Following the Council of Chalcedon in 451, however, the Christological controversies led by Nestorius and Cyril influenced the first major schism in the Church. A group of communities that eventually became known as comprising the Oriental Orthodox Church rejected the decree that the nature of Christ was united as one and instead promoted the idea that Christ’s human and divine natures remained distinct. Christians of Egypt, Ethiopia, Syria, Armenia, India, Iraq, and Iran either formally followed these men into schism or quietly fell off the Greco-Roman radar due to vast distances and difficult terrain. Furthermore, in the centuries that followed, the growing estrangement between the Roman and Greek Christians eventually led to the second major schism of 1054, which culminated in a crisis as the Pope of Rome and the Patriarch of Constantinople excommunicated each other. The institutions headed by each became known respectively as the (Roman) Catholic Church and the (Eastern) Orthodox Churches. (https://rlp.hds.harvard.edu/religions/christianity/orthodox-christian-churches)

We as Ukrainian Catholics, belong to the Universal Catholic Church. There are twenty-three distinct Churches which together form the Catholic Church: the Western or “Latin” Church, which nearly all Canadians are familiar with, and the Eastern Churches, of which there are a total of twenty two. As Vicar of the Universal Church, the Pope is shepherd of the rites of the West and the East. The eastern rites which have a separate code of canon law are completely equal in dignity with the rites of the West. Ukrainian Eastern Christianity took a firm root in Ukraine in 988 when Vladimir, prince of Kyivan Rus’, embraced the Christian Faith and was baptized. Soon afterwards many missionaries from the Byzantine Empire were sent by the Patriarch of Constantinople to preach the Gospel.

The Church of Rome and the Church of Constantinople severed ties with one another in the 11th century.” Although the Church of Rus’ was under the supervision of the Patriarch of Constantinople, it nonetheless maintained ties with Rome and the West for centuries following the great Schism of 1054. Northern Rus’ would eventually sever its union with the Roman Pontiff. In 1595 at the council in BrestLitovsk, however, the region of southern Rus’ (present-day Ukraine), guaranteed that their Byzantine tradition and Liturgy would be respected and recognized by Rome, was formally re-united with the Pope of Rome. From that time forward, the Kyivan Church – now known as the Ukrainian Church – was divided in two: the Ukrainian Catholic Church and the Ukrainian Orthodox Church.” Father Athanasius McVay in an interview with Zenit, May 2012.

The history of the Church was not isolated from the geopolitical forces throughout the centuries, but whether Catholic or Orthodox we are unified in our love of Jesus Christ and our desire to follow HIM. I always appreciated the explanation that Fr. Andriy Chirovsky would share with his students at Sheptytsky Institute when asked about the Ukrainian Catholic Church and what our identity is. He explained if he was asked: Is the Ukrainian Catholic Church Eastern or Western? His response was: YES! Is the Ukrainian Catholic Church Catholic or Orthodox? His response was: YES! We, as Ukrainian Catholics have the beauty of both traditions. We follow the Eastern Orthodox rituals and rite, while embracing the authority and unity of being part of the Holy Catholic Church. Personally the thing that resonates with me is, regardless of where you are in the world, regardless of what Catholic rite you attend, and regardless of what language you celebrate your Catholic faith in you are still in unity with the Holy Catholic Church and there are no other denominations in the world that can make this claim. The Lord prayed in the Gospel of John that we all may be one. Let us be proud of our rich spiritual history and tradition and continue to follow the Lord.

“I pray not only for them, but also for those who will believe in me through their word,
so that they may all be one, as you, Father, are in me and I in you, that they also may be in us, that the world may believe that you sent me. (John 17: 20-21)