UGCC Bishops of Canada – On the Relocation of Holy Spirit Seminary 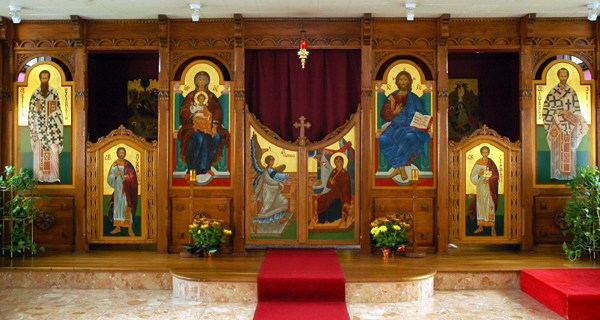 Pastoral Letter
of the Ukrainian Catholic Bishops of Canada
Announcing

To the Very Reverend Clergy, Monastics and Religious Sisters,
Seminarians and Laity of the Ukrainian Catholic Church in Canada:

(The Lord said to Joshua)
I command you: be firm and steadfast!
Do not fear nor be dismayed,
for the Lord, your God, is with you wherever you go!
[Book of Joshua 1:1,9]

With the above words of Sacred Scripture in our minds we address you concerning a change in location of Holy Spirit Ukrainian Catholic Seminary, which, since its creation in 1980, has been located in Ottawa ON.

When the Metropolitan Andrey Sheptytsky Institute of Eastern Christian Studies announced several years ago its plan to relocate to the University of Saint Michael College in the University of Toronto, the Ukrainian Catholic Bishops of Canada, who constitute the Seminary Board of Directors, began a process of discernment, together with the Seminary Rector, regarding the implications for the Seminary.

Discussions were also held with other academic centers, including those available at several institutions in Edmonton AB.

The second question centered on a physical home for the Seminary. The present building in Ottawa could still be used if the Seminary remained in Ottawa, but as an older building it has been subject to ever increasing repairs over the years. Much time was spent visiting possible locations in the Toronto area. There the difficulty was finding a building suitable for the Seminary needs, within a reasonable travel distance to St. Michael’s College and at a feasible price. The cost was clearly of concern even when considering the sale of the Ottawa location.

A third option arose when the Basilian Fathers vacated their House of Studies in Edmonton, with the possibility of a lease or purchase agreement with the Seminary.

Invoking the divine help of the Holy Spirit, the patron of the Seminary, the bishops conducted much prayer and reflection in order to come to a decision, fully aware of the stages of formation of the present seminarians and the good will of many organizations and individuals desirous for the best outcome for the Seminary. The bishops have also been sensitive to the concerns of the faithful of each eparchy who provide the funding essential to the running and maintenance of the Seminary, notwithstanding the decline in parish memberships and slow depletion of available finances.

With all this in mind, the bishops, as the Seminary Board of Directors, have decided to enter into a lease agreement with the Basilian Fathers (Order of St. Basil the Great) for their House of Studies in Edmonton AB, which will provide space suitable for the Seminary, including chapel, kitchen and dining room, library and study rooms, and rooms for the seminarians and staff.

Seminarians will pursue a Master of Divinity program at Newman Theological College. In addition, internet and online educational opportunities are also available to our seminarians, in particular with the Sheptytsky Institute, providing ever increasing dimensions to seminary formation.

In Sacred Scripture, we find various examples of journeys undertaken by the people of God in response to the call of the Lord, be it Abraham and Moses in the Old Testament, or the Holy Family in the New Testament. So too, Holy Spirit Seminary will now undertake a new direction in its pilgrim journey as a sacred institution, which we discern to be the call of the Lord not only to the staff and seminarians, but also to the clergy and faithful of the Ukrainian Catholic Church in Canada. And so, with the prayer from the Divine Liturgy we pray: “Let us go forth in peace. In the name of the Lord!”

Sincerely Yours in Christ, 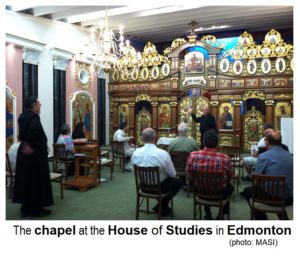