Both Lungs: An Encounter With The Shroud

An Encounter With The Shroud

Both Lungs is about East and West, the belief and spiritual heritage we share as Catholics, and the elements of our respective traditions which are different.  It is about unity in diversity.  Now during Lent, or the Great Fast as it known in the East, an opportunity has come to encounter a part of our mutual heritage which is held in deep regard throughout the Christian world – the Shroud of Turin.

Although there are thousands of photographic reproductions of the Shroud of Turin in existence throughout the world, the copy now held by the Edmonton Eparchy is distinct.  It is one of only about a dozen which have been authorized by the Archdiocese of Turin, the custodians of the Shroud.  This cloth copy was made using the best photographic definition possible.  Indeed, the very fibers of the original are visible with perfect clarity.  In virtually all respects, viewing the Eparchy’s replica is as if one was actually viewing the Shroud of Turin.  There is, however, one very significant difference.  There are no restrictions on viewing the replica, so it is possible to examine it closely and at length.

Encountering the Shroud of Turin replica is a deeply moving spiritual experience.  Like all such personal experiences, description is difficult.  Still, to see the face, the hands crossed together, the dreadful wounds inflicted by the Roman masters of torture with their flagrum, the elliptical wound on the right side, the marks of swelling before the right eye and the swollen or broken nose, the flow of blood from the wrists and feet, the marks of thorn wounds on the forehead, the wounded shoulder scraped raw from carrying the cross, the knees heavily damaged as if from repeated falls, the very image of a strong body destroyed, the haunting image of what must have been a handsome face, even the hair tied in a ponytail at the back – these all come together to bring a certain reality, a nearness, to the events at Golgotha that makes them so much more personal, no matter how strong a person’s faith might be.

It was like staring down into an open casket.

Icon Not Made With Human Hands

In the year 544, the city of Edessa was under attack by the Persian army.  A cloth bearing the face of Christ was rediscovered following an appearance of the Mother of God to the Bishop of Edessa.  The cloth was brought out and with its miraculous protection, the city was saved.  For the first time, the image was referred to as acheiropoietos or not made by human hands.  Several years later, the cloth was described as a tetradiplon meaning folded in four, thus creating eight layers.  If the Shroud had, indeed, been folded in this manner, only the face would be visible.  By 560, following the rediscovery of the Edessa image, icons of Christ show a dramatic change.  No longer is he portrayed as a beardless Roman, but rather with the features which have become standard in the 15 centuries since.  Was the Edessa image the Shroud of Turin? 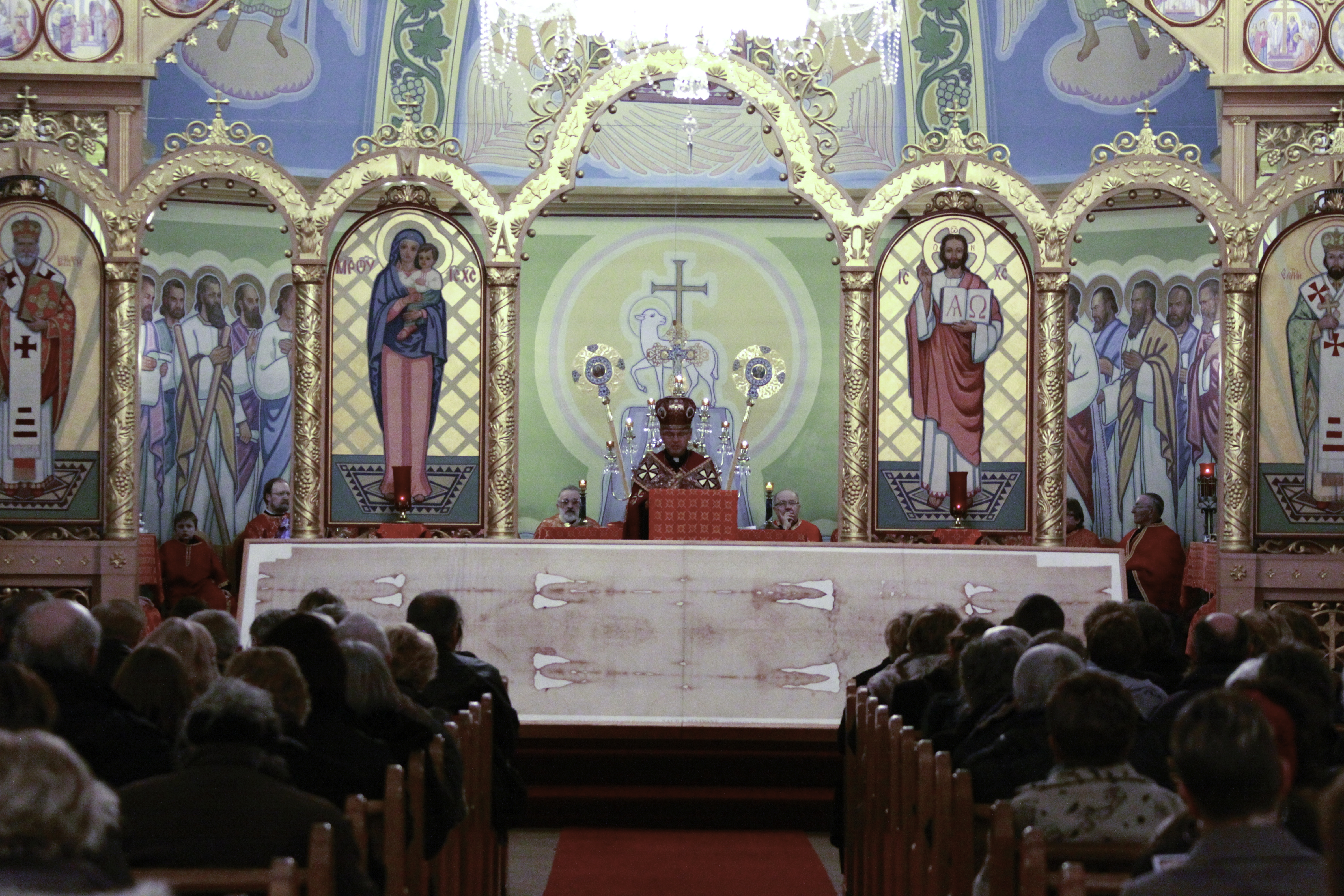