We thank the Almighty for our underground bishops, priests, monks and nuns, Head of the UGCC in Stradch 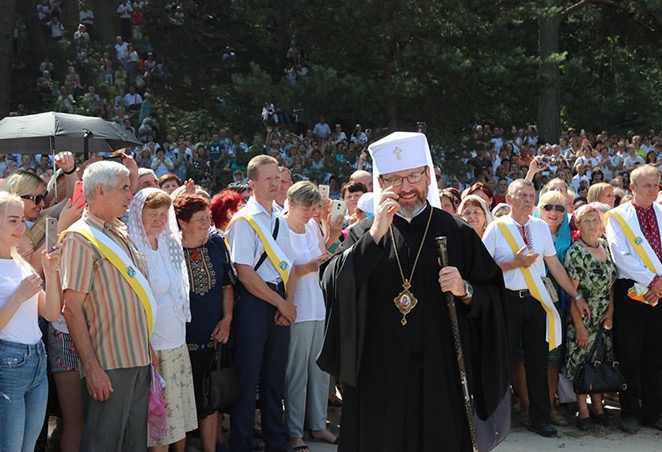 As part of the pilgrimage, a congress of pilgrims was also held in village Yamelnia, on the place of the martyr’s death of the blessed holy martyr Mykola Konrad and the martyr Volodymyr Pryjma.

In his sermon, His Beatitude Sviatoslav highlighted the values ​​of good and God’s will for man. He is convinced that when people realize that the Almighty is not only willing to do good to us but actually does it, then it can change people, society and the world. “A man who practices God’s will becomes kind. Even more, he becomes wiser, because he begins to realize what intentions the Lord has for him and his life mission. Man becomes wise. He becomes the heir of Sophia of Kyiv – God’s wisdom, which our people received at the time of Baptism from Prince Volodymyr the Great,” said the Primate.

“The ability to do God’s will, even at the expense of one’s own life, is especially true here, at the foot of this Stradch Hill. After all, we are mentally returning to the tragic June days of 1941, when on the way we have just passed, people were going and a column of military equipment was moving. And at the time of search for the sacramental will of God there happened a following thing. At the time when people were afraid to leave their homes, there was one kind and zealous priest who took the Holy Mysteries and a cantor and went to the dying man. That man waited for the last confession, looking in the face of death, but expected the immortality that could be obtained through the Holy Communion. It was then that the priest understood the will of God for that particular person, his own priestly ministry and life, and despite all the circumstances, he did good and fulfilled the will of the Creator. Today we know him as the blessed holy martyr Mykola Konrad and martyr Volodymyr Pryjma … In the example of these people we see how to fulfill the will of our Heavenly Father.”

And later he added: “Today, with this pilgrimage and Liturgy, we want to thank God for the 30 years of our Church’s freedom in our native lands. It was in the second half of 1989 that the triumphant campaign – the coming out of our Church from the underground – was completed. It began on August 4, 1987, when the underground bishop Pavlo Vasylyk, together with the clergy and laity, wrote an open letter to Pope John Paul II and the then President of the USSR, Mikhail Gorbachev, that they could no longer be underground. They are ready to do God’s will at the cost of their own lives. Later, the historians will call them the most invincible and the largest opposition force in the USSR.”

In addition, the Head of the UGCC also mentioned the hunger strike of the Greek-Catholic on Arbat in Moscow. It was initiated by bishops Pavlo Vasylyk, Sofron Dmyterko and Fylymon Kurchaba in the premises of the Supreme Soviet of the USSR on May 18, 1989. Later, the clergy and laymen joined the action, changing one another for five months. This hunger strike caused a great deal of resonance in the Soviet Union and in the world. Subsequently, the USSR had to admit its defeat and register the communities of the UGCC.

“We thank the Almighty for our underground bishops, priests, monks and nuns, and our families for “home churches.” Perhaps they did not always realize that they were doing the will of God and revealing the greatness of the Kingdom of Heaven to us, their successors and young generations. Moreover, they convey responsibility to us for this Church-martyr,” said His Beatitude Sviatoslav.

The Head of the Church said that these important things should be remembered when going to vote for parliamentary elections in order to choose who, in our opinion, will carry out the will of God. Also he emphasized that there is a danger now to resort to “decorative Christianity,” when we treat our rites and customs just as “scenery”, that is, something entirely distant from God.”

At the end of the Liturgy, His Beatitude Sviatoslav once again thanked all those present for their participation in the pilgrimage, and in his gratitude letter, Bishop Ihor also congratulated the Head of the UGCC on the 25th anniversary of his priesthood ordination, which he commemorates this day. Consequently, the children, who took the Holy Communion from his hands, addressed the Beatitude  with their greetings.

Photo by the press service of Lviv Archeparchy 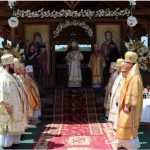 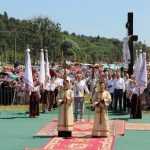 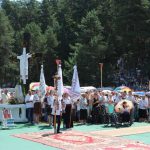 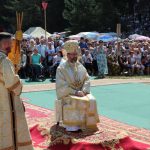 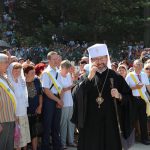 Department of Information of the UGCC