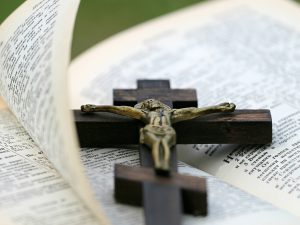 38 In his providence, God envisaged  the  transmission  of  his  Revelation also  in  written  form.  This  would  give  the  opportunity  to  preserve  his Revelation  unchangeable,  and  to  transmit  it  from  generation  to  generation throughout human history. People inspired by God transcribed God’s word forming the Bible (from the Greek Biblia, meaning books), which  we  call  Holy  Scripture.  “All  Scripture  is  inspired  by  God  and  is  useful” (2 Tm 3:16). Holy Scripture is the Word of God addressed to every  human  being. Therefore,  it  is  relevant  in  every  time  and  every  place. The Holy Scriptures are a collection of books, written under the inspiration of the Holy Spirit by holy people, which the Church of Christ has received and preserves as the Word of God. These books comprise the  canon  of  Holy  Scripture,  which  the  Church  has  identified  in  the  light of Apostolic Tradition. This canon includes 47 books of the Old Testament and 27 of the New Testament.

39 The  Old  Testament  contains  the  Revelation  which  God  gave  to  humankind  from  the  beginning  of  the  world  to  the  coming  of  the  Saviour. The Old Testament includes: the Pentateuch (Genesis, Exodus, Leviticus, Numbers, and Deuteronomy); the Historical Books ( Joshua, Judges,  Ruth,  two  books  of  Samuel,  two  books  of  Kings,  two  books  of  Chronicles,  Ezra,  Nehemiah,  Tobit,  Judith,  Esther,  and  two  books  of  Maccabees);  the  Poetic  Books  ( Job,  Psalms,  Proverbs,  Ecclesiastes,  Song of Songs, Wisdom, and Sirach); and the Prophetic Books (Isaiah, Jeremiah,  Lamentations  of  Jeremiah,  Baruch,  Letter  of  Jeremiah,  Ezekiel,  Daniel,  Hosea,  Joel,  Amos,  Obadiah,  Jonah,  Micah,  Nahum,  Habakkuk,  Zephaniah,  Haggai,  Zachariah,  and  Malachi).  The  Psalms  of David are used in all the divine services of the Church, while selected texts of other books are used as readings at Vespers and at the Hours.

40 The  Holy  Scriptures  of  the  New  Testament  contain  the  Revelation  which  God  has  given  to  humanity  through  his  only-begotten  Son,  Jesus Christ, and his apostles. It consists of 27 books: the Four Gospels according  to  Matthew,  Mark,  Luke,  and  John,  which  announce  the  earthly  life  and  teaching  of  Christ;  the  Acts  of  the  Apostles,  which  describes  the  growth  of  Christ’s  Church,  especially  the  service  and  preaching of the chief apostles Peter and Paul; fourteen epistles of the holy apostle Paul (one to the Romans, two to the Corinthians, one each to  the  Galatians,  Ephesians,  Philippians,  and  Colossians,  two  to  the  Thessalonians, two to Timothy, and one each to Titus, Philemon, and the Hebrews); seven catholic [universal] epistles, written by other apostles to various Christian communities (one by James, two by Peter, three by John, and one by Jude); and the Revelation of John the Theologian. 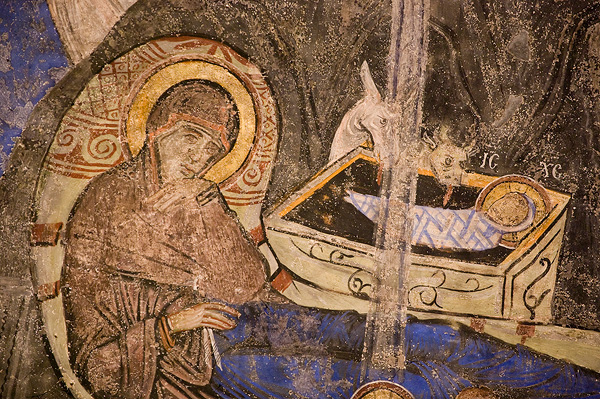 The Nativity Fast is upon us— it begins on Nov 15 (Nov 28) and ends on the day of the feast Dec 25 (Jan 7). During this time we are encouraged to take forty days to prepare ourselves, and our families, to be spiritually ready to receive the incarnate God who comes to... 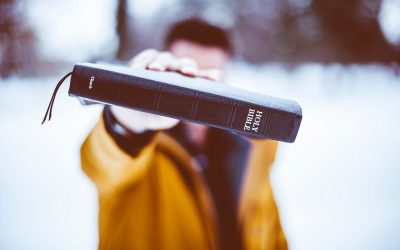 Beginning Nov. 15th (the beginning of the Advent/Nativity Fast), we will once again be embarking on our annual challenge event to read through the entire New Testament (aloud) by Christmas! This is a great endeavor and exercise and you should join it! Read with your...

A Prayerful Reading of the Gospel of Luke (ENG/UKR)