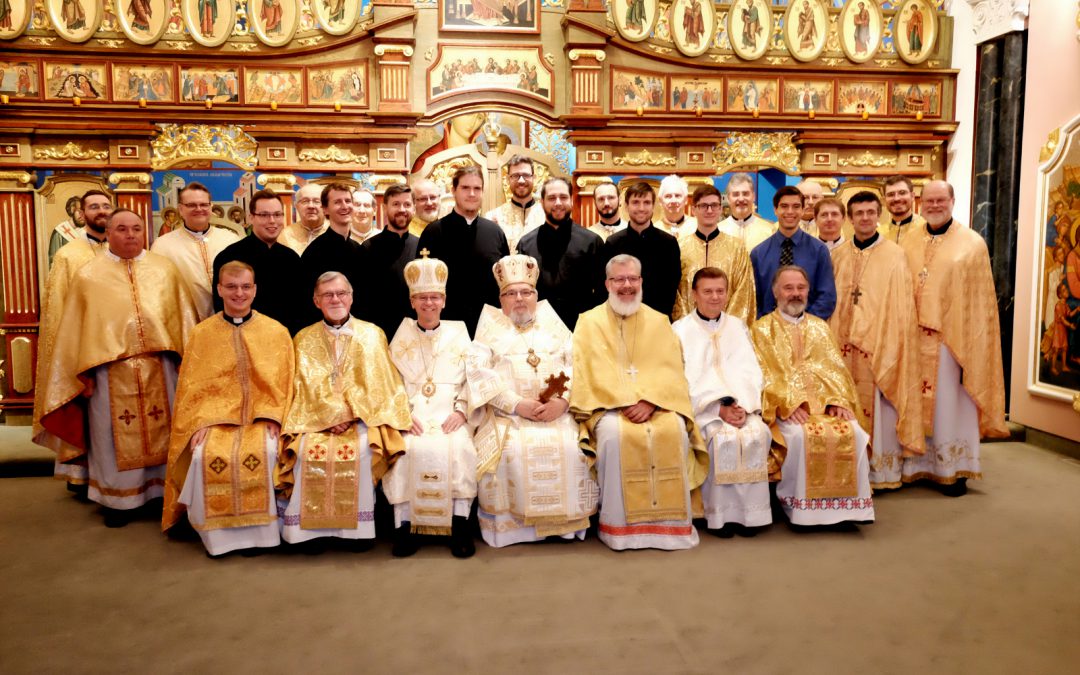 The former Basilian House of Studies in Edmonton was transformed into the newly relocated Holy Spirit Ukrainian Catholic Seminary at a joyous opening and blessing on October 13, 2018. Presiding over this unique event was Metropolitan Lawrence Huculak, O.S.B.M. Archbishop of Winnipeg, along the Eparch of Edmonton, Bishop David Motiuk. A small legion of Ukrainian Catholic clergy and many seminarians from all over Canada were joined by a large number of faithful from the Edmonton Eparchy and neighbouring eparchies.

The Holy Spirit Seminary is the Major Seminary (Velyka Seminaria) for Ukrainian Catholics in Canada. Its primary purpose is the preparation of candidates for ordained priesthood in the Ukrainian Catholic Church. Since 1980, the seminary was located in Ottawa and well over 100 candidates have received all or part of their priestly formation there, while more than 60 have been ordained to the priesthood and are now serving in parishes across Canada. As described on the Seminary website, “A priest is a man called and empowered to image Christ as Head and Shepherd. The candidates for priesthood at Holy Spirit Seminary are prepared for this vocation to be ministers of God’s Word, ministers of the Sacraments, and servant-leaders of God’s people.” Prior to the establishment of this Seminary, Ukrainian Catholic candidates attended various Roman Catholic Seminaries throughout Canada.

For nearly 40 years, the Holy Spirit Seminary had a home in Ottawa in association with Saint Paul’s University and seminarians had the good fortune to be able to study at the Metropolitan Andrey Sheptytsky Institute of Eastern Christian also located in Ottawa. However, change was inevitable. After careful consideration and for a variety of weighty and complex reasons, the Ukrainian Catholic Bishops of Canada, who constitute the Seminary Board of Directors, decided to enter into a lease agreement with the Basilian Fathers (Order of St. Basil the Great) for their House of Studies in Edmonton. This comfortable, beautifully designed building provides space suitable for the Seminary that includes a splendid chapel, library and study rooms, a kitchen and dining facilities and rooms for the seminarians and staff.

The rich, well-trained voices of the clergy and seminarians guided an especially beautiful Divine Liturgy sung by all present. In his brief homily during the Liturgy at the opening ceremony, Metropolitan Lawrence highlighted the importance of having this seminary for the future of our Church in Canada. The formation of clergy to serve our community is a key goal for our Bishops. Having a physical home that is both comfortable and conducive to learning is important. Metropolitan Lawrence spoke fondly of his days as a parish priest in the rural areas east of Edmonton and was very pleased to be present at the blessing of the Seminary.

Father Michael Winn, Rector of the Holy Spirit Seminary heartily welcomed his clergy brothers and all the faithful who came to participate in this happy event. He used the opportunity to acknowledge the indispensible assistance of various seminary staff and all those who worked to ensure a smooth and timely transition of the seminary from Ottawa to Edmonton. At the conclusion of the Liturgy, Metropolitan Lawrence, Bishop David Motiuk and Rev. Andrew T. Onuferko proceeded with Blessing of the premises.

To conclude this morning event, all present were invited to enjoy fellowship and to partake in a celebratory luncheon prepared by Seminary staff. 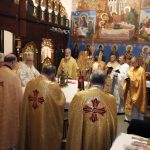 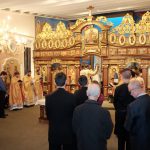 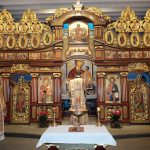 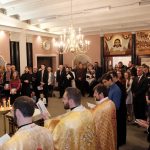 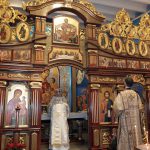 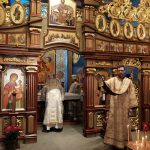 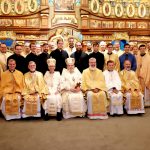